how to grow up

You know what sucks the most about getting older? Less things are accepted by society. I realized this one day while exhausted on a long train ride in France. I was sitting opposite a stranger and I pulled my hood tight and curled into a ball on my chair. As I was falling asleep I thought “this is probably the last year I can get away with something like this.” If I was 28 doing that, I would look weird, but being 23 it was expected of me. If you are still doing that or any of the following things, enjoy it while you still can. You’re future called and said to get your act together.

Always late. I don’t think you’re going to find anyone that appreciates the fact you run late all the time, but it’s definitely more expected and accepted in your youth. Running late all the time is like a Scarlett letter in adulthood. When people hear your name they immediately associate you with the amount of time you’re always running behind.

Waking up 15 minutes before you need to leave the house. When I was younger I would savor every minute I could stay in bed. I had getting ready in fifteen minutes down pat. Now, I need at least triple the time before joining the human race. More makeup and caffeine are necessary. I even have to actually brush my hair now.

Eating and not exercising. Have you been one of those girls that could eat whatever, not workout, stayed skinny and didn’t know why? Tick tock sister. Your toaster strudels and french fries are numbered.

Ordering chicken fingers everywhere you go. I wasn’t exposed to many different foods growing up so I spent my early twenties not very adventurous. I would do things like order chicken fingers and a Sprite no matter what restaurant I was at or who I was with. It wasn’t until I was called “embarrassing to dine with” that I realized I needed to stop requesting a booster seat and grow up.

Saying catchphrases. When you’re young and you say “yolo” no one blinks. When you’re older and say it you become that weirdo that is trying too hard. Only the really young and really old are cool when they do this.

Making a spectacle of your birthday. Remember when your birthday was a four day holiday weekend? Well it’s not anymore. Don’t torture your friends and loved ones with your crazy plans and expectations.

Flipping out over “your song”. Unless you wrote it, produced it, sang it, or back up danced to it. It’s not your song. Knock it off.

Freezing your ass off to look cool. Nothing will ruin your outfit. Not the rain. Not the snow. Not the wind. Not a jacket. Soon, your premature arthritis won’t allow this.

Abusing the nest. I believe we are a generation that stays living at home longer or ending up back home at some point. There’s nothing wrong with that. However, there is still a time when you need to get your act together as an adult and move out for good. I get it, we get married later, we divorce earlier, jobs are harder to find, and debt can be mountainous. Sometimes we have no other choice and thank god we have the option, but use your parents as a crutch not a hospice. If you have to go back home don’t let the months turn into years as you continuously blow money and acquire more debt while living off of your parents. You’re 35 not 13. 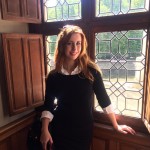 how to survive the over-saturated holiday

before you go back to school…

spotlight on the haute mess